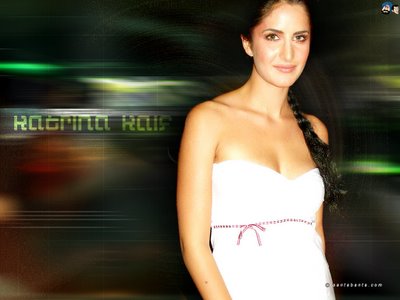 In India 4 kumbh melas are organised at Nashik, Haridwar, Allahbad and Ujjain once in 12 years. These kumbh melas have a special religious significance and are attented by aprroximatelly 2 crore people over a period of 1 month.
A 5th Kumbh Mela has been initiated from this year named as SHABRI KUMBH MELA in the Dang district of Gujarat which is believed to be the famous Dandakaranya of the Ramayan era. Shabri was the great Ram bhakt who fed Ram with jhoote ber so that she could ascetain whether what he ate were the sweetest. The kumbh has a special significance for the tribals and Hindu society as a whole.
The main purpose of the mela was to awaken and spread awareness among the Hindus about the conversions carried out by the Cristians. Some statistics floated in the newspapers reveal that 5% of the population of Dang district (92% tribal) is christian. Christians constitute 0.5% of the total population of Gujarat. But the real extent of Christian penetration and conversion can be guaged from the fact that when we enter the District HQ at AHWA, we don't see the administration buildings but the big church that stands beside the administrative buildings.
One may try to downplay the issue of conversions but all the no-Hindu dominated regions of India have a tendency of secession.
There were 30% Hindus is pre-partition East Bengal, today there are less than7%.There were approx 25% Hindus in Pakistan before partition, today there are not even 1%.

Today we have talk of reservations in the army on the lines of religion as if parity of numbers in the army/police based on communal lines ensures safety of citizens.
We have Muslims worshipping at the Saraswati Mandir in BHOJSHALA (Madhya Pradesh) built by Raja BHOJ and the media accusing Hindus of aggression.
So, Indians and Hindus please become aware of the demography of India and the difference between Hindu religion and other monotheistic religions and save your future generations.

After the heavy handed propaganda, enjoy the pic. I am back to Katrina as demanded by the most avid appreciator of the pictures.
Posted by amey ashok kulkarni at 11:43 PM

firstly, the conversion-reconversion thing: I don't know how succesful the RSS would be or should be(you gave me some very interesting stats that day..), but I only hope that they donot convert them into those hardcore hindu extremists that the RSS stand for.
Even after all those eye awakening facts you told me, the right of choosing a religion, according to me, should be still left to the individual.

The Katrina Kaif Pic ....Pathetic.
I will send you the better ones tonight...post that.Don't degrade a chick by posting such pics.

@Ms. Kaif:Sorry about that!!.. you look a lot better than that.

Bhim, either you have morphed the picture of beautiful katrina,or this is the one the of fantacies of your mind.
Certainly both sucks big time..........!

Its a question of not letting anybody convert in ignorance or out of some quid pro quo.
Also professing conversion means saying that my religion is better than the other (your). Does Varun agree that Hinduism is inferior to other religions? Why should any religion be allowed to profess that it the best?
Whether u want to worship Ram, krishna, durga, parvati, saraswati is any individual's choice. Rejecting certain beliefs and customs one may find wrong, past their time is allowed only in Hinduism not in the monotheistic religions.
Just think of it: India is secular and co-habits with monotheistic religions because Hindus are tolerant and appreciate diversity. An impression that India is secular becauseof fear and incapacity to retaliate the onslaughts of other religions should not go out to the world.

THE PROPHET agrees with bhim fully...