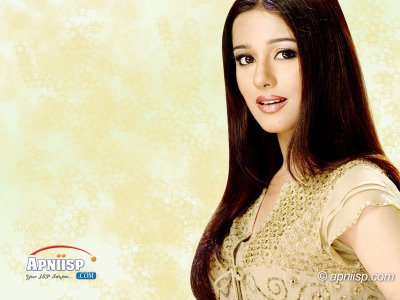 A was a rocking concert was presented by the Pakistani band Jal. SPCE and Mumbai will remeber the concert for a lot of days to come.
The evening started with a stampede to enter the Bhavan's ground. But all the dhakka bukki was tolerated because of the rocking performance from the band. Though people like me don't know much about music, I could easily guess that the band had the potential. On the face of it the style of all teh songs was similar, but the guitarist made the day playing different tunes for the same song.
People like Varun, Dani was in a trance and not in their senses to do anything ither than standing stunned and listen. People like me, manjrekar, Mallu, Vikas, Bhavesh and others were dancing to the end of our physical capabilities.
There was a slight glitch though. The calls of Hindustan zindabad were a little out of context and to some extent uncalled for. But, I must say we all enjoyed the Jhin jin Jhi Jhin Jhi jhin jhin dance (just as Varun enjoys the OAD dance.)

The above pic is dedicated to Vikas. Amrita looks very pretty in the pic though some work seems to have been done on her complexion
Posted by amey ashok kulkarni at 12:04 AM

Jal was superb, check out my blog later in the day for a better account.

Well, Bhim you forgot me, for god's sake. Hindustan Zindabad, does not mean Pakistan Murdabad, we should be proud and zor se bolne mein kya arz hai. Its not uncalled for, we should be ready to say it ne time. Ne wayz, the band was pretty boring except for 2 songs, but we had to dance, because it was our final event of final yr. SO, no matter how much one sucked, how much we were frustrated with life, we had to let it out. We had to have a good time. So the extraordinary display of energy. And to tell u guys the fact, Annie may have looked hot, but she is like Celina Jaitley, looking good but maha thakeli. I liked Sanjana more than Annie. Sanjana exudes with confidence. She has got loads of style and charm. Better than most PC contestants. But a nice memory to cherish.

A BIG SORRY to Haridas.
How could I forget to mention his name????
Hindustan zindabad is not needed in a music concert. Patriotism has to be evoked at particular moments otherwise it becomes a garb to get shady things done.

About annie, common she was just 16-17 years old. Certainly she had the guts even though her confidence might have been shaken. I will anytime put my money on Annie rather than on sanjana- U know the characetr of SPCEites especially the civil people.

Well it all depends from person to person, and.. I like only two things about Annie,

Bhim,I thought you had better sense of grammer than me,but I may have to change the opinion after this post.
You like jhin jin Jhi Jhin Jhi jhin jhin sort of stuff,truly poor taste as your post is!
You don't had the patience and willingness to listen the songs at that night,instead of doing some great 'Chu'giri with bhavesh and co.

@Annie: FYJC ki bachhi hai yaar... It's like you have to be only marginally better than the best, and you are thru... Dunno if she receives the same response at her home college, KC, but she did rule SPCE. And prolly had a whale of a time. AND, realized what she can do with her skill-set.

There's this ad in Manorama Year Book 2006... Rajiv Gandhi College of Engineering or something, in Chennai, affiliated to the Annamalai University. Guess what, it's a Christian minority college.

Now we all expect you to ask: Why did they name it RG?