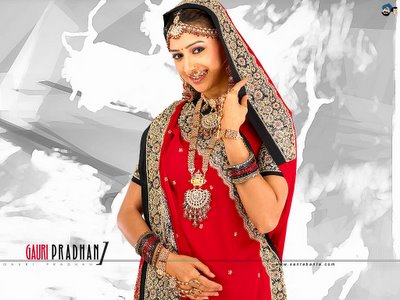 I would like to start elaborating the different motivations and ideations of the slang used in SPCE. I think varun has gone through the exercise but I would try and be more candid and condescending

Today is the day of the engineers.
Who is an engineer?

There are many among us who joined engineering because of our marks and because we thought this would be the right line. But, after year or two realised that we are no good at the technical nittie-gritties. So what happens when one suddenly realises that the one thing he has been hoping and working for is not his? The person starts finding recluse in something which he enjoys and finds a certain peace in being. This something may be drinking, gymkhana, self mockery, derisioning others, collecting pictures of models etc.
So, the "Hum bhi hai Josh main" comes in. So what if I faint before the external examiner? I am the tiger in the gymkhana. The engineers make their own turf and they are the kings there. It is the only place where they get respect and attention and a feeling of self-worth. The engineers are happy that there is at least one thing on which they have a hang and to guard it they give everything they have.
Such are engineers and each of us is an engineer to some or the other extent.

Writing off the post from the Engineer of SPCE........

PS: There was bhari demand from our very own pic collector to post a pic.
So here is a former Miss India finalist (1997). She is "marathi manoos jaga ho: stuff.

I have changed the pic on popular demand and if u people still don't like it... then do whatever u would have advised me to do if our roles were interchanged
Posted by amey ashok kulkarni at 6:14 PM

Though I got a rough idea of whatever you are trying to say..
I got stumped by a couple of statements you have made:

1. "This something may be drinking, gymkhana, self mockery, derisioning others, collecting pictures of models etc"

I am not an engineer by aptitude... but then again I don't do any of the above... then what does it make me???

2."I am the tiger in the gymkhana"

3."The engineers make their own turf and they are the kings there"

And yeah..most engineers I know are basically jobless....

.....
dun u think varun this makes u an engineer according to bhim...

what about a girl arranger ? Einstein ?? Varun dun get the wrong ideas !!!

The collection of pictures was specifically added to make an explicit reference of Varun and his blog
About the creation of turf and becoming tigers- look how zope, gholap and others behave when in a gymkhana and when they r in the classroom. They r completely different people.
U r all aspiring engineers- I am The Engineer. There is a different nasha of carrom and Gymkhana, u must taste it Varun.

(Miss Kaif killed herself yesterday night.. so no comments from her)

Well I was disappointed that u people didn't like the previous pic. Actually gauri is a babe and I chose the wrong pic to introduce her to u people.

Regarding Varun's sense of beauty, he has none only has a sense of erection.

An erection is the litmus test for a beauty!!!