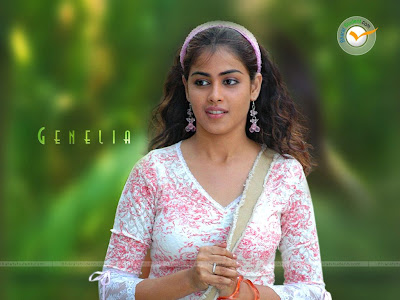 For the last few days I was thinking about the "kissa kursi ka".
When somebody gets the right to occupy the chair, does it mean s/he has the authority or has some responsibility been bestowed on them?
I ask this question because many of my friends (who also happen to be the readers of this blog) are already sitting on chairs and will sit on other chairs in the future.
India is a country where we easily accept the statement "Jiski lathi usiki bhais". Where do we see people sitting on chairs exerting their authority. Take the case of CBI enquiries against former CMs ordered by the new CMs. This is a case of vendetta more than it is an intention of bringing the guilty to book.
I just wonder why the men in chair forget that they have been nominated to don the chair because people have given them responsibility. They are supposed to exercise only that authority which is justified bu the responsibility they handle.
A simple way of detecting if the person has lost a sense of responsibility is to observe the way he speaks. If there is no tinge of humility or politeness, you know the person is off-track.
To end this discussion, I will recall the words of one the best Prime Leaders and one of the finest orators. He was responsible for the security of the citizens of India. This gave him the authority to direct Modi to carry out his "RajDharma" (a king's responsibility).

As for the pic, she is the new girl on the block. Though she does not come anywhere close to the two queens Katrina Kaif and Ayesha Takia, she has a bright future. All great things have a death and from the rubble rise the new stars. It was only after the sad demise of Ayrton Senna that Schuamacher could rise to the heights that remain unparalleled.
Posted by amey ashok kulkarni at 10:21 PM

Pandita your blogposts are like Shankar's (Aparichit and Nayak fame) movies. They have a good subject, the intentions are good, but you mess uo things with loose script and dialougues.
Anyways, the latest example of this is Mayawati claiming to become Prime Minister.
Anyways, about Genelia, dude give some good examples, what has rise of Genelia to do with Ayrton Senna and Schumacher, have Katrina Kaif or Ayesha Takia died? or is it in your fantasies.

The comment was prompted from the conversation I had with Varun the other day.
I didn't know any of the current athletes competing in the Olympics. It struck me that I hadn't moved beyond Brian Lara.
Now-a-days I don't know if India is playing any cricket match in any part of the world. Whereas, when in dapoli I kept track of West Indies Vs Bangladesh: Sarwan making a double ton.

Bhim, I completely agree with Bhise, your posts always looks like incomplete thought process, it never conveys full content of your message.
Something you should be working on...

As far as pic is concerned, it sucks in quality and choice just like the post...[:D]

The Picture is really pathetic.I guess readers need more than a straight lift out of a site like Santabanta or Glamsham.

Please be more direct in what you want to say. Illustrations or dialogues might make it more clear.

What discussion? This is some sort of spaced out monologue that seems to have been recorded while you were shaving or bathing or doing god know what in the morning.

And I thought you were a Schumacher fanatic. When did you change your idol to Schuamacher?

Pretty pointless - these jabberings. That they come so long (in such poor form) after the event says a lot for your "thinking" abilities.

Even more amusing is seeing certain non-writers exhorting you to write better.